According to my photo gallery, not much happened the last two days.  Wednesday, I woke up and did not want to move.  I just felt lazy, more so than usual.  Valentine was the next stop and it was 55 miles away.  The forecast said it would be cold with a high chance of rain. 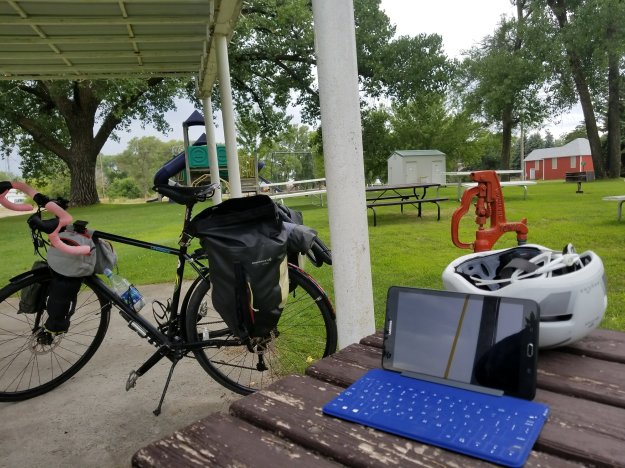 I got a late start and had only ridden 30 miles by noon.  I stopped in the tiny town of Wood Lake, population less than 100.  They had a quaint diner that had been closed for probably 20 years, a post office, old school, and a city park.  The park was very nice.  They must have set it up for the Cowboy Trail.  They even had a log book for visitors to write in.  Most of the cyclists commented on the cold water, since it had been so hot recently.  I had another PB&J sandwich for lunch.  I started to setup the hammock to relax and the wind started to pick up.  In the distance I could see storm clouds, but no rain.  I debated staying there and waiting out the storm.  Instead, I tried to beat it.

I got about 5 miles down the road when it came a down pour.  I rode another 2 miles before I found a canopy.  I through the tarp up over a fallen tree to make a lean-to and hid there with the bike until the storm passed.  Only twenty more miles to Valentine.

There was a cold wind coming out of the North that did not help my progress.  With 5.5 miles to go I see a car pulled over to the side.  When I reach him, he waves me down and I ask if everything is alright.  George, was a fellow cyclist and just wanted to chat about my trip.  We swapped information and decided to meet up after he settled in to his hotel and I set up camp.  I remember it being 5.5 miles from Valentine because the bridge on the Cowboy Trail that everyone insisted I see was 4.5 miles from where I met George and from there it was 1 mile to the RV park I stayed in.  The bridge was an old railroad bridge built high over the Niabrara River.

George picked me up and we toured the bridge and then the town, which took about 10 minutes.  We chose one of the three restaurants in town and sat there talking about his trips and mine and about everything cycling.  It was nice to talk to someone that understands.

That night it got cold and the wind howled all night.  The howling was probably a combination of the cattle at the sale lot and the wind.  The next morning I got up around 6:30 and it was in the mid 40’s and the wind was blowing 15-20 mph.  I decided right then that I was not moving from the tent.

I eventually moved.  I washed my clothes and took a shower and then when it got warmer I explored the town.  After buying groceries for the next few days I ran across a brewery, so I stopped in for a tasting.  I don’t like beer and I knew that going in.  When I came out of there, I still didn’t like beer. 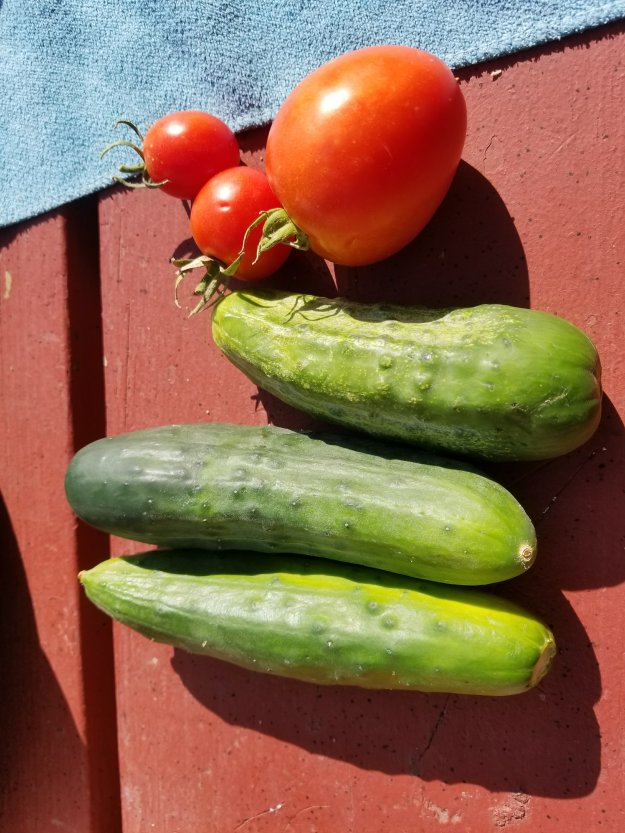 I did a whole lot of nothing the rest of the day.