It rained nearly all night, which caused us to sleep in.  Once we finally crawled out of the tents we were slow to get around, letting the tents dry in the sun.  We had one pass ahead of us and the rest would all be downhill.  I got back on the road while Quinton did ran some errands. 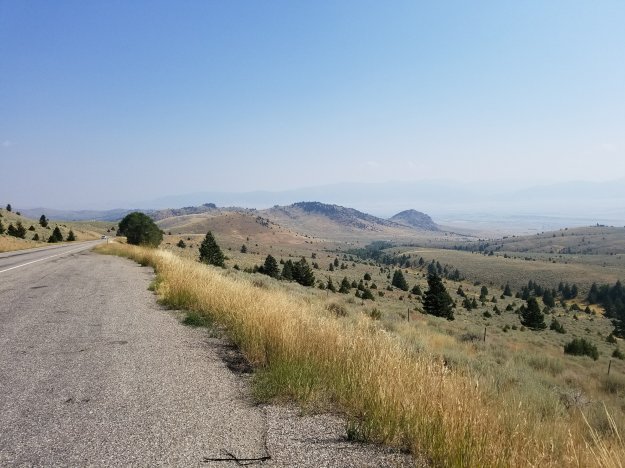 The climb started right outside of Ennis, spanned 5 miles and rose nearly 2000 feet.  It was slow and painful.  I stopped twice to give my seat a rest.  My legs are hardened from all of the miles, but long climbs put a lot of unwanted stress on my seat.  The pass was deceiving.  Once I got to the top and through pass it opened up and I could see that it just kept climbing.  At the real top of every pass I stop and look back and think about how it hurt and how I got over it.  I then slip on my arm warmers in preparation of the speeds I’m about to reach.

The ride from the top of the pass to Virginia City was effortless.  I don’t even remember pedalling.  I have been listening to the radio a lot the last couple of days.  One of the advertisements played over and over was for a creamery in Virginia City.  This creamery has been making icecream the same way for a hundred or so years.  Every 30 minutes I got to hear about this creamery.  So, I stopped and that is where Quinton caught up to me.

Virginia City was a cool old gold rush town.  Built in ~1862 it had a population of 20,000 after one year (I stopped at the visitor center).  They have the oldest saloon and brewery in Montana.  We explored the town and settled on the old train depot to set up lunch.  Ramen and instant mashed potatoes again.

Once we ran out of downhill and got into the flat river valley we hit a head wind.  I could see him struggling in the wind ahead of me so I let him draft for a few miles until I fatigued.  He passed and offered to pull, but I was spent and wanted to spin a while.  At the next town I caught and passed him and continued on with renewed strength.  It was probably the Snickers I ate. 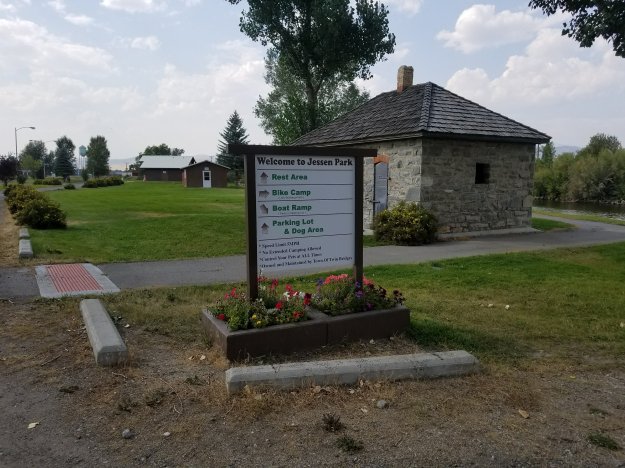 The next town was Twin Bridges and I followed the signs to a rest area.  I was going to fix a snack and wait for Quinton.  That is where I found the Bike Camp.  It was a one room building with a couple couches and a recliner.  Outside was a patio with a grill and picnic tables.  It also had a bathroom, hot shower, and a biker box.  When Quinton arrived, it was mutual that we would be staying there for the night.  While I explored Twin Bridges he settled in. 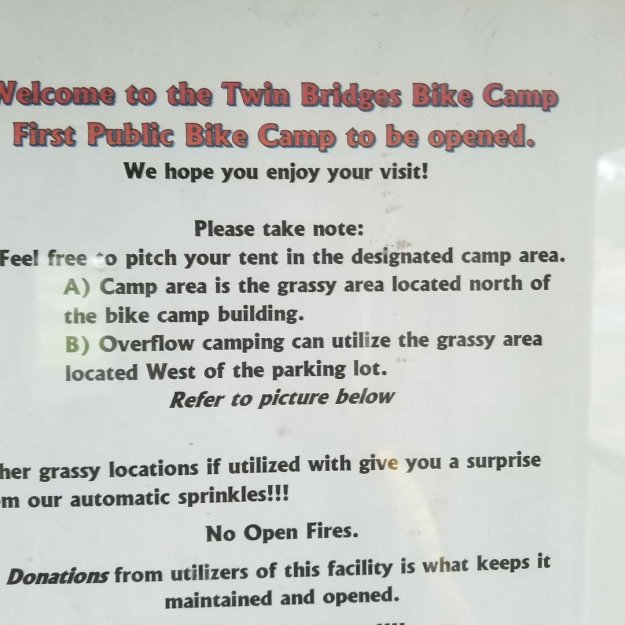 The further I ride the more I would like to open a place like this.  I did get a hit on my Warm Showers for a couple to stay on the boat a couple days before.  We could only fine one flaw with the place and that was not having a light switch.  The bathroom, shower, and common room all had lights, but no light switch.  We spent half an hour trying to figure out how to turn the lights on.  Eventually we gave up and Quinton hung a flashlight from the rafters.  We plotted the next few days and watched the movies we had downloaded earlier before going to bed.

1 thought on “The First Bike Camp”