From Ocean Lake to Dubois was 70 miles.  I was feeling good after the 70 miles before and felt I could make it, but the weather had other plans.  I had not had good reception the last few days, I was running out of water, and my phone and tablet were almost dead.  I used the solar when the sun poked out from the clouds, but it rarely did.

With no service, I was unsure when the next water break would be.  I passed a couple reservoirs before deciding I should get water.  Highway 26 followed the Wind River all through the reservation.  At one of the crossings, I went down and filled the bottles with the Sawyer filter.  Not 10 miles down the road and there was a rest area with a water fountain.  No electric outlets though.

From the rest area it was 10 miles to Crowheart and 30 more to Dubois.  Those 10 miles to Crowheart were tough.  I was averaging 7 mph and the wind averaging 30 mph stronger gusts.  It was a straight head wind.  At one point I pushed the bike a hill that normally I could have easily gone up.  The wind was so strong at times that I was in my lowest gear struggling to go downhill.  When I got to Crowheart I decided to wait out the wind.  I asked the store owner there when the wind usually stops and he said, “I’ve been here for 70 years and it hasn’t stopped yet.”  He told me I could hang out at the fire station across the street.  It had a covered area with picnic tables out of the wind.  At this point, it was only 2 PM.  The wind did not stop until the next morning. 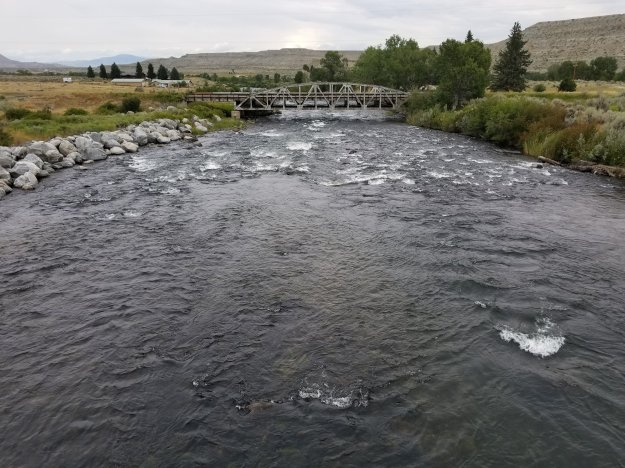 I set up my camp, which was my sleeping pad wrapped up in the tarp.  No need for the tent that night.  Later in the evening I heard some cars pull up and people talking.  I stuck my head around the corner and it was a couple with two horses and a chiropractor, a horse chiropractor.  Dr. Tiger worked on people during the day and would work on animals every week or so.  He said, “I’m chiropractic whore, if it has a spine then I will touch it, and probably have”.  He lives in Jackson and it was tempting to ask for a lift.  By the end of the night, he worked on 15 horses and one dog. 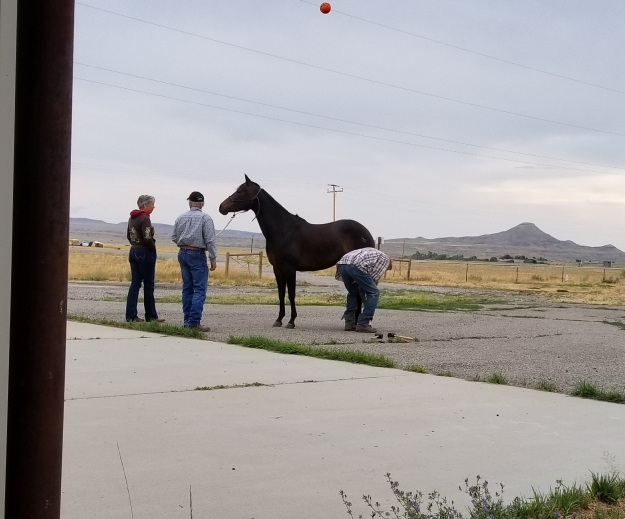 1 thought on “Winds at Crowheart”