This entry is a little more detailed, probably due to the increase in good food and being with people all day.

This morning I could hear Mike stirring on the main level of their house.  We were supposed to be on the road by 7 AM, stop at a donut shop 18 miles up the road and then ride as far as we could before stopping for lunch.  After lunch, somebody would pick us up and bring us back to Mike’s for another night. Bryon was slow to get up and Mike kept repeating, “this is stupid”, but I knew they were excited.  I was excited to have someone to ride with…and donuts!

On the road, Mike took the lead and Bryon sandwiched me in the middle.  This formation did not last long.  They figured out very quickly that I am a much better descender than climber.  We were making good time, running about 17-18 with a nice tailwind.  At one point I hear Bryon yell “segment” and I see Mike take off.  Mike, I am guessing, is the King of Strava within a 50 mile radius of Kincaid.

The highway narrowed and the traffic picked up entering Garnett.  Odd how that is.  We did have one trucker that decided we were not meant to be on his road and proceeded to honk at us to get out of the way.  There was no shoulder, traffic was coming, so I jumped in the middle of the road to block him from passing (before he started to honk and with enough time for him to slow down gracefully).  Otherwise, he may have polished his rims with my saddle bags or ran me off into the ditch.  Bryon took great offense to this guy and I’m glad we did not find him at the donut shop. 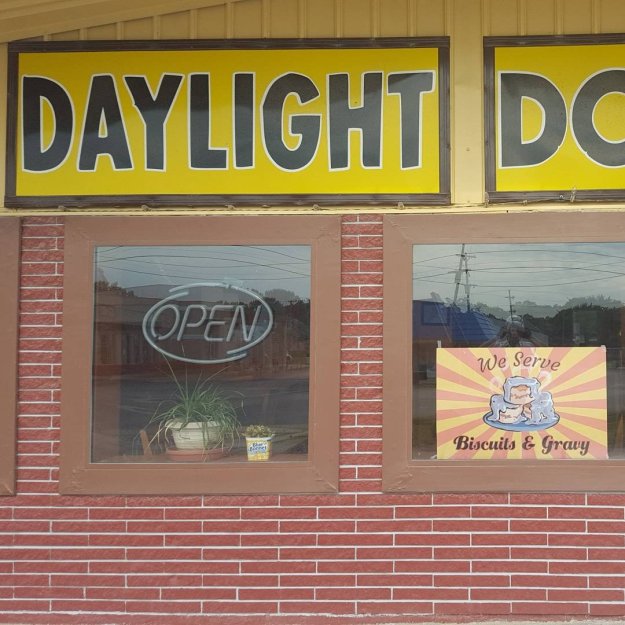 THE DONUT SHOP! I have had zero donuts since starting, or at least zero that I remember.  As we are rolling through Garnett, Bryon takes the lead and Mike has to holler at him that it is the yellow sign on the left.  We pull in, and it is closed.  The owners decided to take a vacation.  It was a sad moment.  Until, we pulled into a Casey’s just up the street and they had donuts!  So I got my donut after all.  I was so excited, and hungry, that I forgot to take a photo.  This photo of me carrying the donut to the park will have to suffice. 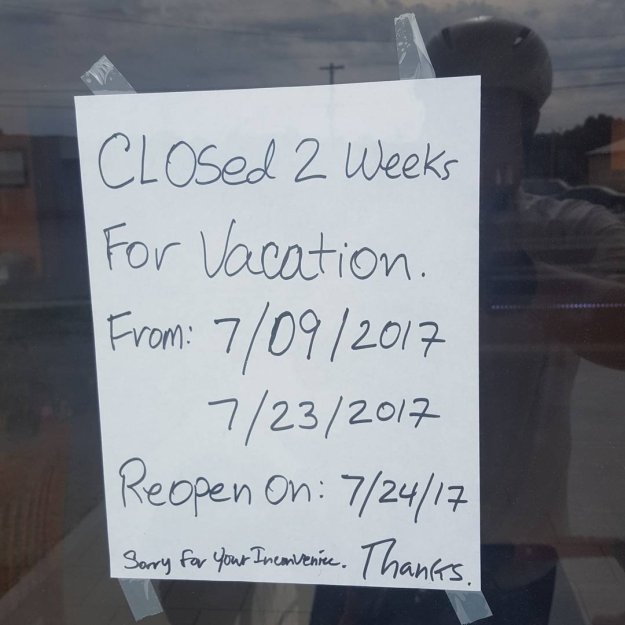 The park was also wear we got on the Prairie Spirit Rail Trail that runs from Humbolt to Ottawa.  My spirit was better, but my legs were gone at that point.  The trail did not help.  Went from semi-smooth pavement to pea gravel.  It was a well kept trail.  Come to find out you are suppose to pay and have a permit to use it.  My pace dropped from an easy 15 to a hard 8.  The guys ahead I doubt were even pedaling and I could not keep up.  We stopped at a bridge for a little photo-op before trudging on. 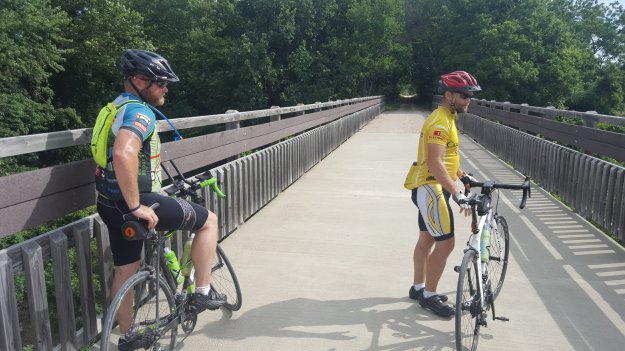 Finally, the guys pulled into a rest stop with shade, bathrooms, cold water, and sprinklers going!  A little down the trail is a fair.  The same fair that Mike’s friends were showing their goats at.  So, we ride over, after a little rest.

After spending some time with the friends and animals we decide to get off the trail and go the rest of the way to Garnett by highway.  My pace is now hovering around 11-12 and 9 on the hills.  Again, I look up and I see not just Mike but Bryon too take off.  I loose sight of them just as I hit a piece of glass.  Tires check out with no visible punctures.  It takes another 5 miles for me to finally catch up.  As soon as I ask who won, they take off again.  When I caught up to mike he was standing off of his bike and Bryon a little ways up ahead.  He flatted, but I think he still won.  We walk the bikes over to the gas station and wait for Carla to pick us up for lunch.  We were probably not but a mile from the lunch spot.  Here are our lunches.  You can guess who had what. 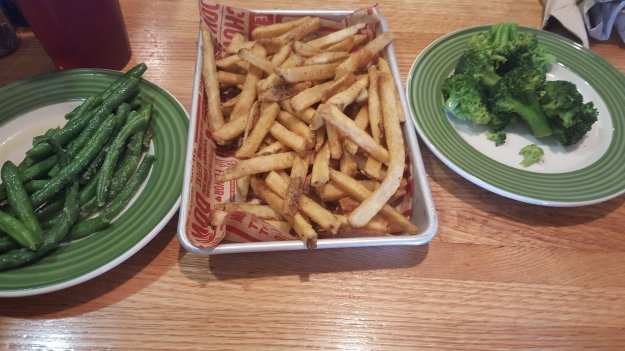 Fajitas for dinner.  But first, I had to get caught up on the blog.  I was two days behind, probably why the last two were abbreviated. 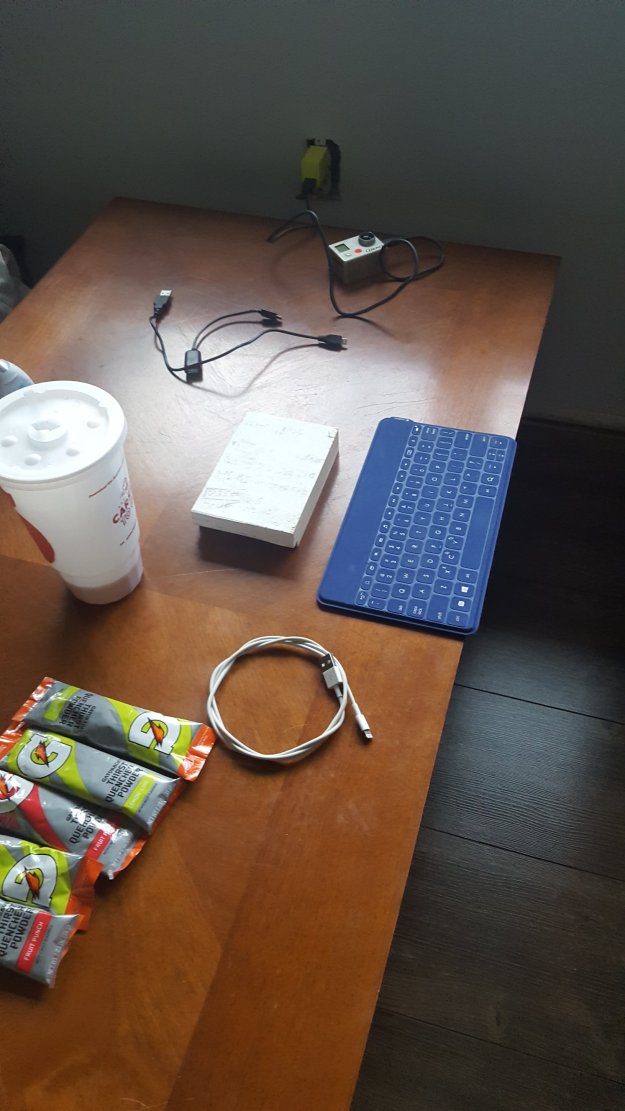 After only two days I think I may be converting Mike and Carla.  Mike got extra vegetables for dinner and Carla made an egg-less cake! He also bought a few pounds worth of meat, and him and Bryon tried slipping me meat throughout each meal…baby steps. 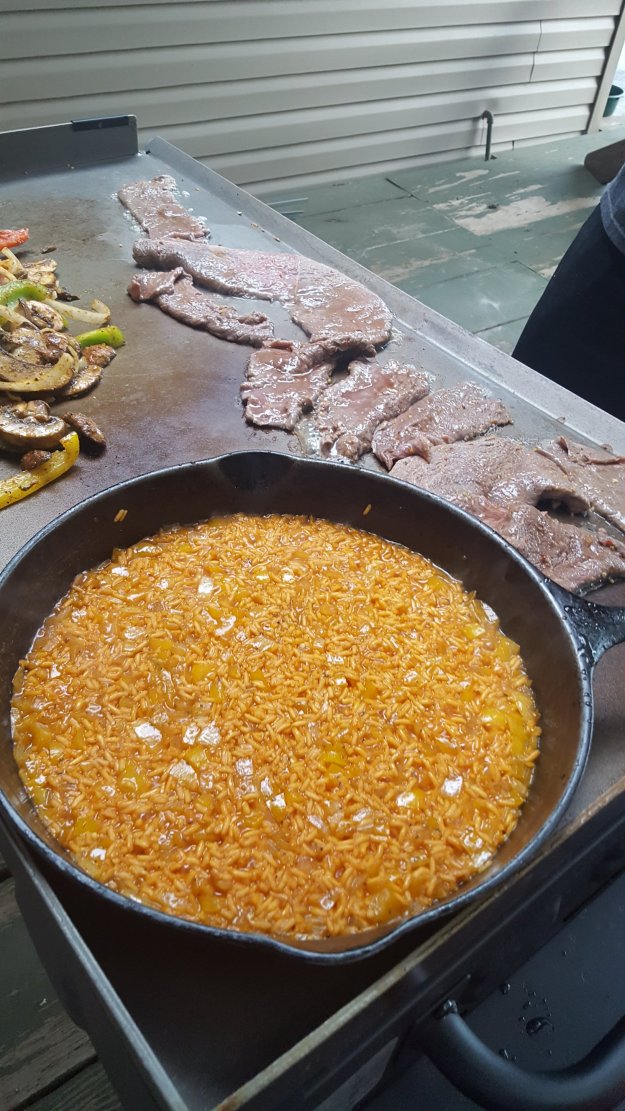 Everything came together perfect that night.  Mike’s new griddle arrived just in time to cook dinner outside and a storm rolled in, cooling it down and lowering the humidity.  We ate dinner out on the patio with the cool breeze.  The clouds even waited for after dinner to start the rain.  We spent the rest of the evening under the covered porch watching the storm and talking.  Actually, they watched the storm and talked.  I was in a chair trying not to fall asleep.

Before bed, Mike offered to make pancakes on the griddle for breakfast.  That banana, blueberry, lemon cake was really good.  That would be my breakfast if Mike didn’t offer to make the pancakes.  With the blogs caught up, laundry done, and probably the best meals I have had in a while, it was a good start to my recovery weekend.

Mike and Carla were amazing hosts.  They went above and beyond to make sure I was comfortable.  Thank you guys.  And thank you Bryon for making the trip up and the connection.