Today I left Nortonville headed north to Hiawatha, a 40 mile ride.  No donuts at the gas station so I got a rice crispy treat and a lemonade.  Being the only place in town with food, this is where the old men go for their morning coffee.  They were nice and had plenty of questions for me.  When I offered to let them tag along, they said they couldn’t because their wives had chores for them to do.

Twenty miles down the road I stopped under the shade of a grain silo and had my second rice crispy treat.  The road was anything but flat.  I was either climbing or descending, but it was a nice change from the long grinding hills over the last few days.  At one point, I topped a hill and there were more trees than corn stalks.  I was transported to a whole other place.  The hills were taller, but there was shade on the road from all of the trees.  This only lasted a mile before it went back to the long rolling stretches of corn and soybean. 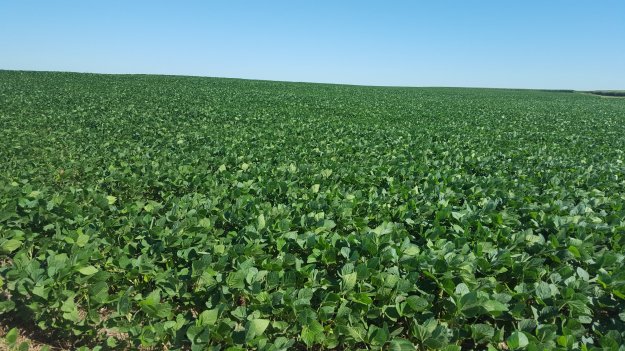 I stopped in Horton for lunch.  I thought about trying to make it to Hiawatha for lunch, but I was getting hungry.  The choices were: gas station diner, pizza, mexican, or family diner.  I chose the family diner, only because I have had a lot of pizza the last few days.  It is hard for me to go places to eat due to my diet.  I have been a vegetarian for almost two years now and vegan-ish for almost a year.  I say vegan-ish because if you make me a cake, with an egg in it, I will eat it.  Same goes for pecan pie and cornbread.  If I go to your house and you made burgers for dinner, then I will have a bun with all of the fixings.  I try not to inconvenience anybody with my choices.  This often times leaves me hungry after dinner.

The diner was a typical diner, minus the selection of southern vegetable side dishes I was banking on.  So, french fries again.  I’m not sure why people are still serving frozen fries.  It is so much better and probably cheaper to start with a potato.  The fries only teased my appetite, so it was time to get creative.  I told the waitress to bring me a plate of spaghetti noodles with baked beans on top, oh, and a side of ketchup.  At that request, the “chef” came out and offered to sautee some onions, peppers, mushrooms, and squash to go on the noodles.  Small town diners will usually try to work with me, especially when I am the only customer.  Plus, they can tack on the word special request and charge extra.

On that note, my cheese-less, meat-less pizza will cost almost twice as much as your pepperoni pizza.  This would only make sense if vegetables cost more than meat and cheese, which they don’t.  It also has way fewer Calories because of the lack of fat.  If only food cost as much as it provided in Calories.

The waitress, smiling, brings out this steaming plate of veggie spaghetti.  She said the “chef” went all out.  It had sliced toast on the side and loaded with mushrooms and fresh squash along with the other veggies.  It was also covered in parmesan cheese.  Another patron had come in and he was chatting me up so I ignored the dish for the longest time.  Usually I would send it back and request a new order, but I was so tired of being confrontational.  Every dish, every restaurant, every day, has to be wrong.  I went up to pay for the meal and she asked why I didn’t eat the spaghetti and I told her that I don’t eat cheese.  She then said,”you can’t simply pick around it?”  I wanted to say, “it would be like picking around the chocolate in chocolate milk.”  When she didn’t take it off the bill, I was really upset.  Again, instead of being confrontational I just wanted to leave to get on the bike and find a new space.

And now, I feel bad because the “chef” worked hard to make a special meal for me and I wouldn’t eat it.  As I rolled down the road, I even considered calling and apologizing.  I often wish they would just let me go into the kitchen and prepare my own meals.  My dad will say that I should have brought the stove.  The stove and all of the accessories and food would add another 15 pounds to my pack.

I am now sitting in Hiawatha, under a pavilion, at a lake, with a cool breeze.  And, I’m hungry.  I am afraid that if I get back on the bike in search of food I will be too tempted to ride the 20 miles to the next town. I am certain that where ever I go for food, they will get it wrong and I will have to send it back or not eat again.

It’s amazing how such a small thing has put me in such a funk.  Maybe tomorrow will be better. My mom called and I am feeling better about the day.  I now have something special planned for tomorrow evening, and a chinese (hopefully buffet) planned for my immediate future.

6 thoughts on “My Food Rant”